"AWARDS FOR MY BEARS AND CRITTERS"

2013 TOBY Industry's Choice Award
I was so excited to  win this prestigious award. "Cheer Up Sleepy Jean" was named in memory of Davy Jones - "The Manchester Cowboy" member of the 1960's Monkees Band. 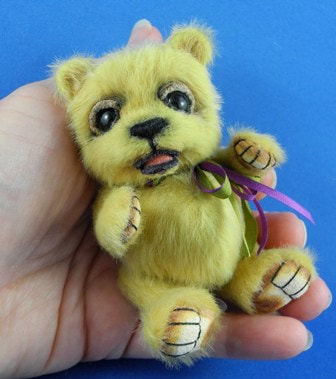 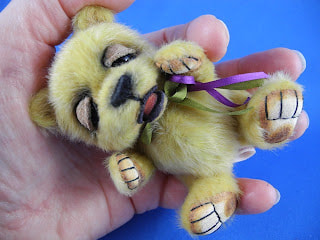 2012 URSA WINNER CATEGORY 1
WOOHOO! Little Baby Marlon was voted the best in Category 1 in the 2012 URSA Awards!
This bear was adopted earlier that  year and now lives in Christchurch, New Zealand!
​Check out the webpage to see all the other deserving winners.
http://www.cyberdendesigns.com/URSA-2012/URSA2012AwardWinnersonBearsAndBuds.htm 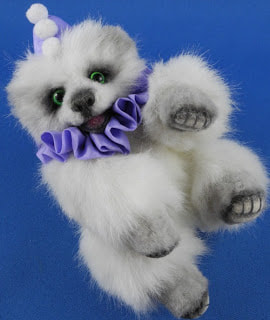 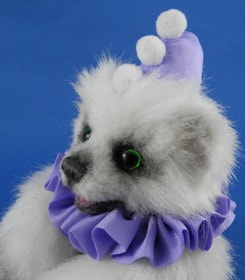 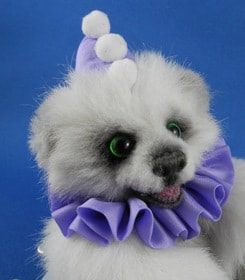 Macen - 2012 EXCELLENCE IN BEAR ARTISTRY AWARD WINNER. It was so exciting that the 4 judges (who were all top bear artists) chose Macen as a finalist in this International competition. 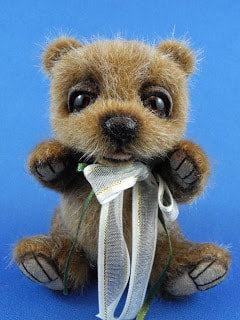 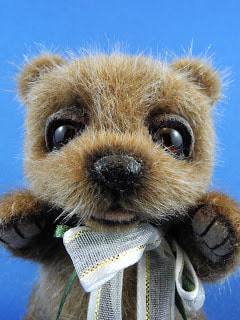 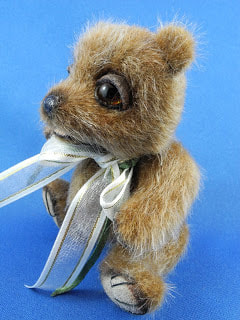 Toby Awards 2012 - With His Award
This guy is 6 inches tall and is called "Wish Upon A Star To Be A Real Bear" and he is 9 way disc jointed.  He moves just like a real Marionette puppet. He looks so pleased with himself! 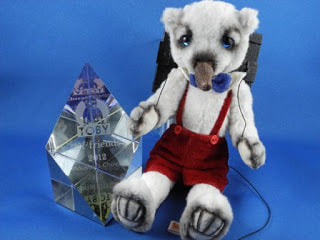 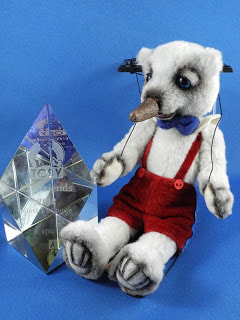 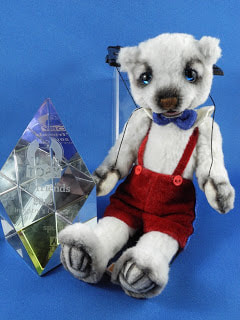 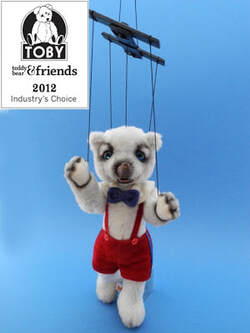 ​2012 Toby Industry's Choice Award Winner M. E. Bears - Marionette Bear
"Wish upon a star to be a real bear"
What an exciting email I received from Felicia Hymer
directly from the Toby Awards Presentation Evening
In the USA!!
2011 was a very good year. My profile was in the Australian Bear Creations Magazine....PLUS I was nominated for an Australian Bear Creation Award with my Chow Chow! 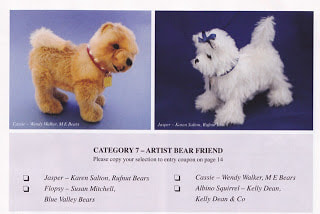 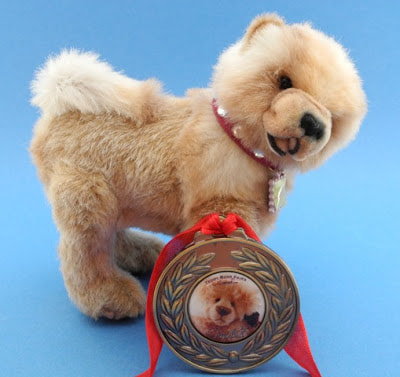 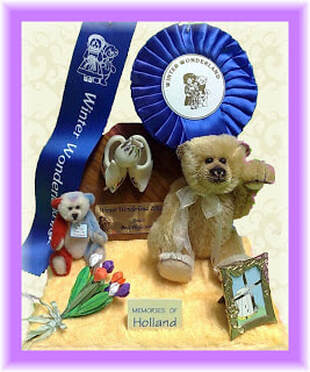 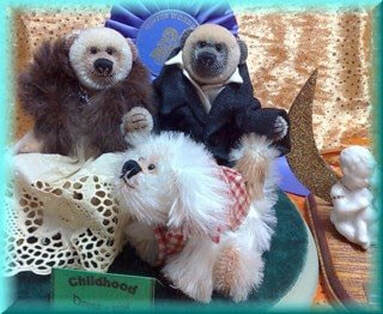